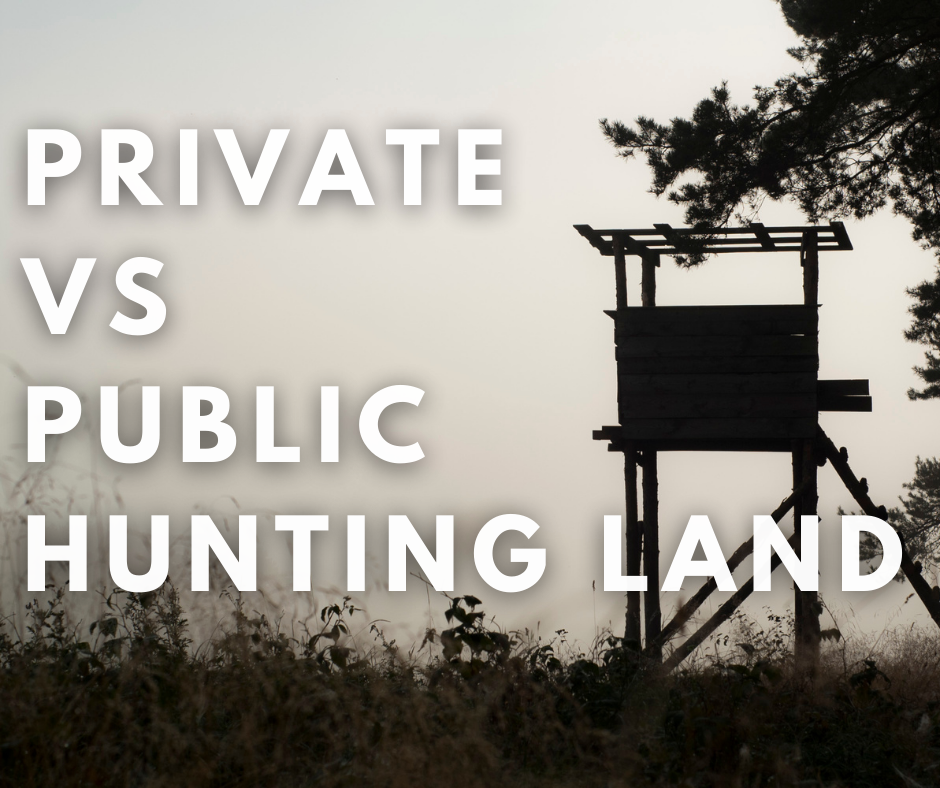 Leasing private hunting land also helps the environment itself. Since the landowner is able to make money off of their land, they have more to put back in for conservation and land management. Creating a healthy ecosystem that can be hunted indefinitely.

One of the only downsides that comes with hunting private hunting land is the fact that it can cost money. While you may be able to use private property for free if you know the owner, leasing property costs money. It is usually done per acre, so the size of the are you want to hunt is important.

When it comes to public hunting land, there are different kinds to consider, local, state, and federally owned land/ Local land is owned by whatever government system is in place in the town. Typically local land is less popular than state or federally owned land. Meaning that there may be less hunting pressure than state or federal land. State and federal lands are also usually well managed pieces of hunting land.

According to most hunters the biggest advantage for public land is the challenge of it. With so many other hunters on the same land, taking down a big buck on public land is that much sweeter for the hunter.

While added hunting pressure can make for a rewarding kill, it is still one of the biggest arguments against land owned by the public. The addition of so many more hunters to a plot of land can make it much more difficult to come away with a successful hunt. From a safety perspective, public land has a much higher chance of there being an accident. With so many hunters in close proximity to each other, the chances for mistakes goes up dramatically.

Overall wherever you are hunting, at least you are still getting out and hunting!

Sign up to get discount and exclusive offers.
Thanks for subscribing